Our old coyote – a long-time resident – has been gone for about a year.  He was a pretty good neighbor, who avoided the area around the house, left the little dogs alone, and hunted with his one-eyed consort.  We watched her and she would hunt the edge of the trees while he would work the drainage ditch.  I doubt if she could have survived well on her own.

Now, new coyotes are wandering through the fields and trails, trying to establish a new territory.  There’s a new pair coming by in the nights and early morning – and I have no idea what sort of neighbors they might be. 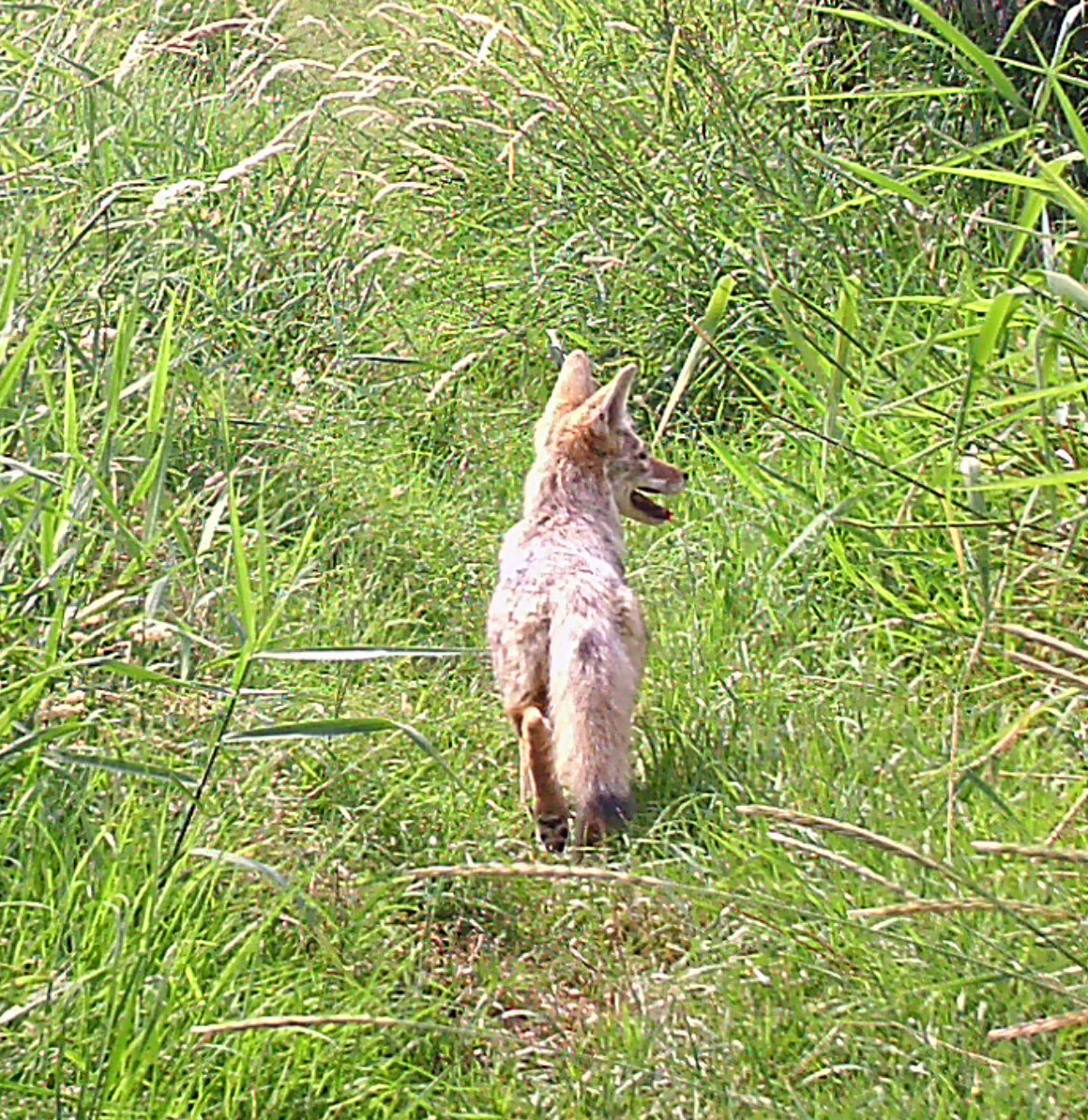 We lost one fawn today – from the location, I think it was hit on the road, made it back onto the place, and then was eaten by the bear.  Not like I’m any great tracker, but bear scat tends to be easy to recognize.  I’ve enjoyed watching the twins – their mother tried to keep them close to the house as a safe place . . . but cars are as dangerous to little deer as predators are.

The geese are all gone from the pond, as are the diving ducks.  The young mallards are all flying, with mothers giving the injured bird impersonations – and there are at least six little coots and two adults.

Want to tell us something or ask us a question? Get in touch!