Last week I got a few comments telling me how vile the authors figured Jon Tester is.  Now it may just be that I have a soft spot for fat men, or it may be a strong belief that virtue is relevant.  Still, I clipped from Wikipedia (no point in finding a more impressive source for the same data)

Below is the current line of succession for the President of the United States:

Nothing personal folks, but I had to get down to number 9 on the list, Tom Vilsack, before I found anyone who seemed to equal Jon Tester’s morality and ability. 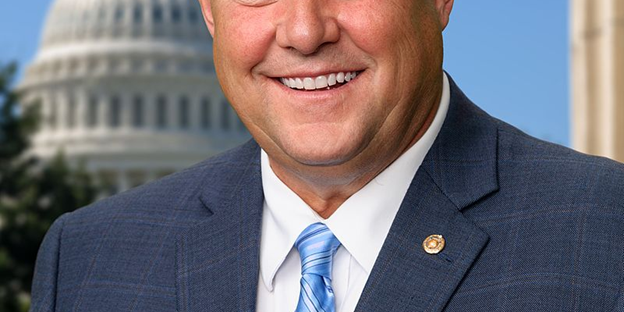 Politics is a numbers game.  The quality of data has gone down as folks have learned to avoid or even lie to pollsters.  This time, I am looking at a different set of numbers – basically a thought experiment.  Since my skills set is demography, not political science, the assumptions may be in error and the conclusion not connected with the real world.  That said, here’s the idea.

It seems inevitable that Biden is on his way out as  president.  Whether he just owns up to his declining mental facilities and resigns, is removed on 25th amendment grounds,  just physically collapses, or is impeached he is well past his “best used by” date.  That means President Kamala Harris and no vice-president.  Anything takes Kamala out and we have President Pelosi.

Normally there would be a raft full of contenders – but these are not normal times.  The Dem majority in the Senate depends on VP Harris being able to cast a tie breaking vote.  President Harris will not have that ability.  She will have to nominate a vice-president who can be approved by a majority vote in the House of Representatives and in the Senate.

Nancy Pelosi can whip the House Dems in line to approve just about anything as our new VP.  Right now, the house has 212 repugnants, 220 dims, and 3 vacancies.  The House of Representatives will pretty much approve anyone appointed by Harris – but the Senate is a different story.  Balanced 50-50, with President Harris you won’t have a majority leader and a minority leader any more.  Mitch McConnell’s power increases tremendously in this situation.  That changes the universe of potential vice-presidents.  Someone close to McConnell should share this with him – he’s not on my speed dial, and I am surely not on his.

That coarse calculation makes Tester’s chance one in six.  Financially, it would be a good deal – a senator’s salary is $174,000 and becoming VP would raise that to $235,100.  What Big Sandy farmer wouldn’t accept a promotion that brought a $60,000 raise?  A 35% raise for the last 3 years before retirement would jack the pension.  My bet is he’d take the gig if it were offered.

I’m not sure what advantages that Vice-President Tester would bring to Montana – but he would have to be better for us than the last four or five VPs have been.  I do believe that a Montana farmer could do more for the nation as Vice-President.  We’re in a spot where it just might happen.  In 2016 the choice was Hillary or Trump.  In 2020 the choice was Trump or Biden.  At least I kind of like Tester – and Bob Brown assures me that he shoots gophers, and is a good shot from prone.  Let’s get ready to lobby – it might just happen.